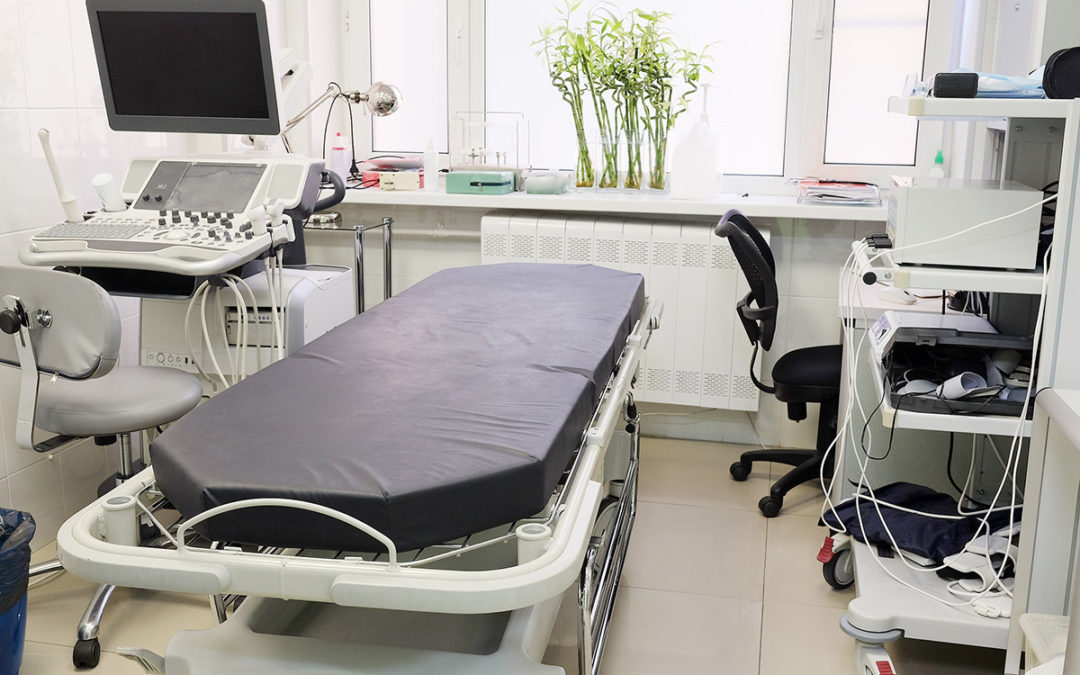 John: Sure. Dan, how do medical facilities use water and how is that different than maybe some other types of businesses?

Dan: With a medical facility, typically you have more water devices. For example, in an office building you might have restroom facilities, but in a medical facility you’ll have both the restroom facilities, but you might have several different sinks. Picture a dentist’s office, for example, how many different water fixtures they have. The more water devices you have, the more plumbing you have, the more inclined you’re going to have a burst pipe incident. In general, for small businesses, water damage is 30% of claims. It’s the number one claim for property and casualty companies, is damaged from water. In a facility like a dentist’s office, that’s more like 40%.

John: Okay. And then if say, burst pipes occur in a medical facility like that, what are some of the issues that might arise in terms of the effect on the business?

Dan: Water damage can be catastrophic, so that if water’s running long enough it can destroy not only the building, the carpeting, a lot of the expensive equipment, but it also can cause mold damage. There’ve been cases where you have to relocate your practice based on damage caused by a catastrophic burst pipe, so it’s expensive on a variety of different levels.

John: Right, and then if you’re talking about a doctor’s office, or even a larger hospital or something like that. If you have patients who are spending time there they’re going to have to relocate and find a different place. That would be a major issue.

Dan: Absolutely. Yeah, it’s a huge expense. It’s a nightmare. I mean, it’s a huge disruption for any business, any practice when you have burst pipe damage.

John: Okay. Talk a little bit about leak detection and and how Water Hero is installed and how it works.

Dan: Yeah. Water Hero is a whole building leak detection device, as opposed to the previous generation would be moisture sensors. Those are limited in that you have to hope that the pipe conveniently breaks-

John: … near one of the moisture sensors.

Dan: Right. I’ve been in situations where customers had moisture sensors and they still had $500,000 worth of damage. So, the insurance companies are really actively promoting whole building protection Water Hero provides. The other side benefit though, of whole building protection … We basically put a smart meter in the facility right where water first comes into the unit right in line where the motorized ball valve shut off. With a smart meter you also get real time water usage information, so 60% of our customers are finding these bonus water savings. One eroded toilet flapper could cost you $1,000 a year. A lot of businesses, they only get their water bill every four months, every three months, so when you get that water bill, sometimes I’ve seen people have shockingly high water bills and they didn’t know that they had a toilet running for three months. With Water Hero you pick that up in a matter of minutes. It doesn’t take months.

Dan: Because you get real time information, and you get a bar chart of your usage and you get heads up if water runs more than a certain pre-programmed time where you set that customized trigger. You get a heads up. In my case, for example, in my home, I have it set for after 10 minutes of continuous water use, I get at a text message and email. After 20 minutes it automatically shuts the water off and also sends a text alert. I had one situation where the kids ran out to catch the school bus and they left the sink on. They were brushing their teeth and the sink was running for 10 minutes. I get a text alert at my office and I said, “Oh, water’s still running.” I could remotely from my office, I could turn that water off. It’s a real powerful tool to have an internet-connected leak detection device, whole building device.

John: Right, right. And so that if a leak is happening or if there is a burst pipe or whatever, you’re getting that email alert and then you can take action on it right away before this catastrophic damage.

Dan: Right, right. And in cases when you’re in away mode, for example, Water Hero will automatically shut itself off too, in both home and away mode. So you’ve got the protection of … It’s a two layer trigger. In away mode, for example, in my house I have it set that if water runs for more than one minute, it’ll automatically send me a text alert and it’ll also shut the device off, so you get that great mitigation. So in away mode, worst case, water’s running for one minute as opposed to running all weekend.

John: Right. In a medical facility, I imagine that there’s a lot of specialized equipment and things like that, that you wouldn’t want to have damaged, and then that could be a major issue for your business if you did have a pipe burst or something like that. It could do a lot of damage to equipment and that would be an issue.

Dan: -completely ruin those records too. So, the exposure is significantly multiplied at a medical facility, again, because you have that much more water use and you can have disruption of your practice.

John: All right, well that’s really great information, Dan. Thanks again for speaking with me today.

John: And for more information, visit the Water Hero website at waterheroinc.com or call 877-662-4496.