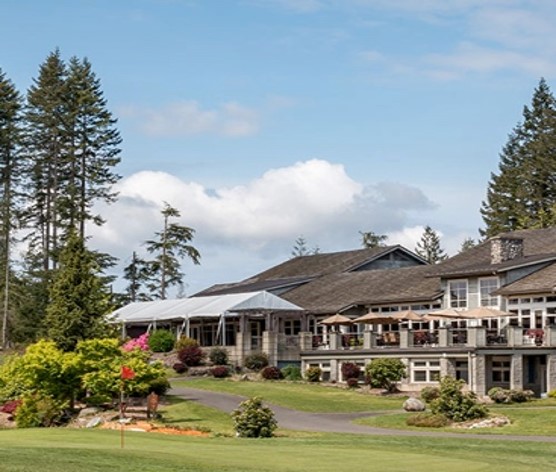 John: Sure. Dan how is it that golf courses and country clubs typically use water in their facilities?

Dan: We work with a lot of small businesses but we’ve had a special interest from golf courses and country clubs. Primarily for the facilities. The reason driving it is that they have that much more water exposure. They have a lot of water devices, so the clubhouse will have not only restrooms for the public but they’ll also have shower facilities, kitchen facilities. So there’s a lot of water appliances going on. The more water appliances the more the potential for both burst pipe situations, as well as surprise water bills.

Dan: I can’t tell you how many public shower facilities, even at the golf club, the members they’re not paying the water bill directly, so a lot of times people walk right by a shower that’s going that no one’s in the shower. I’m in the business, so I’m going to naturally run over there and turn that water off because I’m really tuned into conservation but I-

John: But some people might just think, “Oh jeez, that person’s taking a long shower.” Then by the time they leave they don’t even notice that there’s nobody in there using it.

Dan: Yeah, yeah. Exactly. You get a lot of high water bills in these golf course facilities too. We’ve seen a lot of interest in our device for those two drivers. They want protection from burst pipe damage, because that can be catastrophic, but also they really want to keep a tab on their water bill.

John: Right. A lot of golf courses and country clubs have bars, and restaurants as well that are part of the facility.

Dan: Absolutely, yeah. There’s bars, there’s kitchens, so there’s a lot of water usage and a lot of areas for burst pipes. A lot of areas just for leaks that can really add up and compound. Some people get surprise water bills. The problem is your water bills, in most areas, only come every three months. Typically they’re in these cryptic units, “You used so many hundred cubic feet of water.”

John: Right. It’s leaking into the ground, so nobody sees it.

Dan: I mean we’ve had some cases where, in certain situations with big, big complexes, people have gotten surprise $60,000 water bills.

Dan: Right, right. There’s specialized systems for the greens and for all of the actual golf course itself.

John: The landscaping part of it.

Dan: Yeah, for all the grass and landscaping. So there’s specialized devices for that, that we don’t work with, but we really specialize in the golf club facilities, the buildings.

John: Right, which probably often goes unnoticed. Golf courses are probably thinking more about their sprinkler system and things like that. Then forgetting that yeah a burst pipe inside the country club itself, inside the building, could do lots and lots of damage.

Dan: Absolutely. It’s especially vulnerable when the building’s unoccupied. Some golf courses are seasonal and the facilities are seasonal, so they might be closed for months at a time. Especially in winter months when you’re more inclined to get frozen pipe situation. Water damage is just like fire damage, every minute counts. The longer it runs it’s compounding damage. The worst scenario is to have a burst pipe in a facility that may go unoccupied, unnoticed for weeks at a time. It can do significant damage, in terms of the building, in terms of the contents in the building. Sometimes you get mold damage. It could sometimes cause you to have to shut down the facility for a period of time while you’re doing the remediation work, while you’re doing repairs, mold remediation. It’s truly a nightmare in this type of situation.

For property and casualty insurance companies their number one claim is water damage. It’s over 30% of their claims are water damage, so a lot of insurance companies now are starting to incentivize golf clubhouses to install leak detection devices and offering premium discounts. But whether or not they do it’s a proactive measure to give peace of mind and protect from the catastrophic damage it can do, and business interruption that it can do.

John: Right. Now a lot of older burst pipe type of sensors might have a sensor on the floor that might detect whether or not there’s water. It’s like a moisture sensor. That might shut off the water to the facility, but Water Hero works a little bit differently. Can you explain that?

Dan: Sure. Water Hero is the next generation beyond that. We’re whole building leak detection. I’ve been in cases where people have had moisture sensors installed but the pipes don’t conveniently break near them. I’ve seen $500,000 of water damage in facilities that have had moisture sensors. So the insurance companies are now very, very much promoting the whole building leak detection that we do.

The other benefit of that is with a moisture sensor you don’t get water usage data. With our whole building solution you not only get the burst pipe protection, and we also put a temperature sensor on there so you get freeze alerts, but then you also get real-time water information that can offer significant savings on water. It’s got a really powerful one-two-three punch, in terms of protecting you from burst pipe damage, from temperature freeze alerts, as well as water savings on your bill.

The way it works John is that Water Hero’s installed where the water first comes into the facility. We have a utility grade American Water Works Association brass meter, right in line with the motorized ball valve shut-off. Instead of the old school odometer on our brass water meter we have our electronic, so we’re reading the water flow 200 times a second. We also have a temperature sensor on there, so that’s where we get that ambient air temperature on the meter. That data is fed into our main controller box, that’s usually within six feet of our smart meter and motorized ball valve shut-off. It has a very powerful microprocessor. It also has a rechargeable lithium polymer battery that could run the system for four days if power’s out. You’ve got great peace of mind, great protection.

We have sizes for facilities like a golf main clubhouse facility. So we have Water Hero sizes inch and a half, and two inch sizes, that are typically deployed in a facility of that size.

John: Okay. Yeah, so like you said you’re hitting it in a few different ways. That ambient temperature sensor can let you know when the temperature is getting down to the point where it might be freezing the pipes, before a burst pipe actually happens, so it alerts you maybe before there’s a problem. Then if your pipe does burst, obviously it’s shutting off the water to mitigate any damage that might be happening to your facility due to flooding. Then in addition to that, like you said, you could just be saving lots and lots of money on water usage because you didn’t know that your toilets are running over night when there’s nobody there.

Dan: Right. Right. You also … These are Internet-connected devices and so they offer the great benefit that from any device, it could be a desktop, a laptop, a tablet, it could be from your phone, you can use the browser on any device. You go to our website, mywaterhero.net, you log into your account. You can both see your real-time water usage, you can see historical … A bar graph of your water usage. You can also turn your water on or off remotely from anywhere you have an Internet connection. It’s really powerful if you’re the management and let’s say it’s the off season, it just gives you good peace of mind knowing, “Okay the temperature of the meter, it’s still 50 degrees. No water’s running.” You could open or close that valve as needed from anywhere in the world. There’s a lot of power to having these devices being Internet connected.

This is the latest generation. It’s several steps up from moisture sensor.

John: All right, that’s really great information. Dan, thanks again for speaking with me today.

Dan: Thank you John, great to be here.

John: For more information you can visit the Water Hero website at waterheroinc.com or call 877-662-4496.